Grandpa's Pot Book, the need for the seed :)

I AM TRUCKERTWOTIMES! and i approve this message.


Jesus was almost certainly a cannabis user and an early proponent of the medicinal properties of the drug we call cannabis.According to a study of scriptural texts published this month.
The study suggests that Jesus and his disciples used the drug to carry out miraculous healings.

The anointing oil used by Jesus and his disciples contained an ingredient called kaneh-bosem which has since been identified as cannabis extract, according to an article by Chris Bennett in the drugs magazine, High Times, entitled Was Jesus a Stoner? The incense used by Jesus in ceremonies also contained a cannabis extract, suggests Mr Bennett, who quotes scholars to back his claims.

Guardian Today: the headlines, the analysis, the debate - sent direct to you

Read more
"There can be little doubt about a role for cannabis in Judaic religion," Carl Ruck, professor of classical mythology at Boston University said.
Referring to the existence of cannabis in anointing oils used in ceremonies, he added: "Obviously the easy availability and long-established tradition of cannabis in early Judaism _ would inevitably have included it in the [Christian] mixtures."
Mr Bennett suggests those anointed with the oils used by Jesus were "literally drenched in this potent mixture _ Although most modern people choose to smoke or eat pot, when its active ingredients are transferred into an oil-based carrier, it can also be absorbed through the skin".
Quoting the New Testament, Mr Bennett argues that Jesus anointed his disciples with the oil and encouraged them to do the same with other followers. This could have been responsible for healing eye and skin diseases referred to in the Gospels.
"If cannabis was one of the main ingredients of the ancient anointing oil _ and receiving this oil is what made Jesus the Christ and his followers Christians, then persecuting those who use cannabis could be considered anti-Christ," Mr Bennett concludes.
- August 10, 2019

A Personal Word from #TruckerTwotimes To: #instagram & #iphone development team. Shownotes are in the video. #fukuiphone_#fukuinstagram... 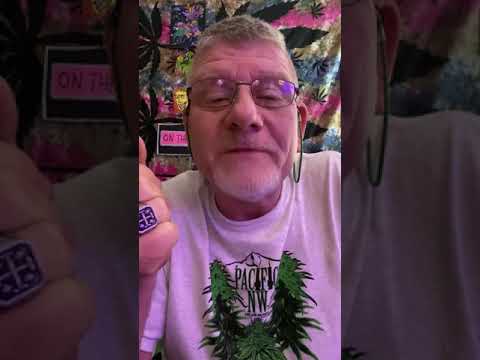